Did You Know: 70% of United States exports go to Canada?

The North American Free Trade Agreement (NAFTA) is an agreement between Canada, the United States, and Mexico. Under the treaty, these three countries have agreed to remove their trade barriers. With the goal of making these countries more competitive globally, NAFTA’s members contribute more than $20 trillion as measured by BEA.gov. Currently NAFTA is the world’s largest free trade agreement. NAFTA has come under scrutiny and will have several revisions.

Whether you’re already exporting to Canada or not, it’s definitely a market you want to consider. If you are, there are a lot of important points to remember under NAFTA.

Below are some important facts and tips Ujczo and Sukkar offered about NAFTA and United States/Canada relations:

*Buy America*: Buy American legislation is coming about and influencing procurement projects. A hospital in Youngstown encounter the Buy American issue. It was going to renovate its boilers and a company won US federal money to install them, but because of the supply chain and level of integration with Canadian components, they were going to lose the bid. Furthermore, a military base ripped up a whole drainage system because the fasteners were Canadian made. This costed them $30 million!

Facts About NAFTA: Statistics and Accomplishments 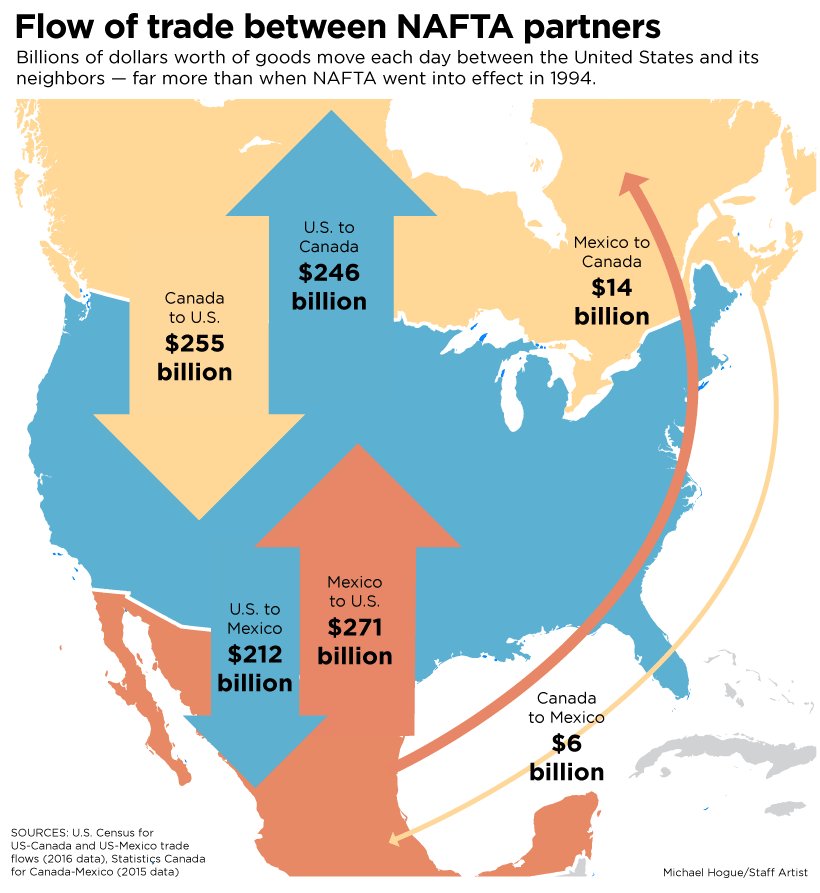 5 Tips for Recruiting With Social Media

How to Overcome 3D Printing Challenges for Aerospace