The global aerospace and defense (A&D) industry recuperated as revenue grew in 2017. However, growth was slower than the estimated gross domestic product (GDP) of 3.1 percent in 2017.

The global defense sector had revenues up by 3.9 percent and led the overall industry growth. Heightened global security threats, increasing US defense budgets, and higher defense spending by countries such as India, China, and Japan spurred this growth. In contrast, the global commercial aerospace sector growth slowed by 1.5 percent partly due to a decline in twin-aisle aircraft deliveries in the US. However, backlogs of commercial aerospace continued to remain at an all-time high of 14,215 aircrafts.

This 2018 study reviews the financial performance of the top 100 global A&D companies or those units of industrial conglomerates with A&D businesses that reported revenues of more than $500 million in 2017. The companies were evaluated based on 19 key financial metrics. The report also draws a comparative analysis of the commercial aerospace and the defense sectors across major markets in the US and Europe. 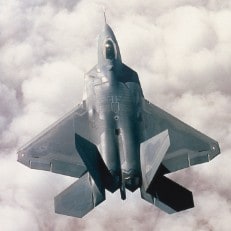